After living in the Westchester County town of Larchmont for a decade, Ainslie Simmonds and Mark Manley found themselves longing for their outdoorsy Canadian roots. So the couple began looking for a second home for themselves and their three children, ages 10, 13, and 15, along the Hudson River. But when their 18-month search brought nothing that captured their imagination, their real estate agent turned to showing them land. That led to their buying a six-acre plot in Cairo, a two-hour drive from Larchmont and minutes away from Catskill Park and winter sports activities at nearby mountain resorts.

But designing a house from scratch was not an option. “We started talking to architects, and we realized the infinite options would make for a process that would drive me crazy,” says Simmonds, who commutes to New York City as the COO of financial planning company LearnVest. (Manley also works in the city as a clean-energy consultant.)

“Building your house gets in your head, and it doesn’t go away,” says Greg Buhler, who bought Atlantic Custom Homes in 2006 with wife Jan. Together, the Buhlers operate the business from a model Lindal home in Cold Spring; they also live in a Lindal home, built in 2000, located just down the road in Garrison. In 2015, the Buhlers’ business—which primarily serves the New York City area, upstate, and Connecticut—was the top Lindal dealer in the world, earning the most in sales among the nearly 100 Lindal dealers. 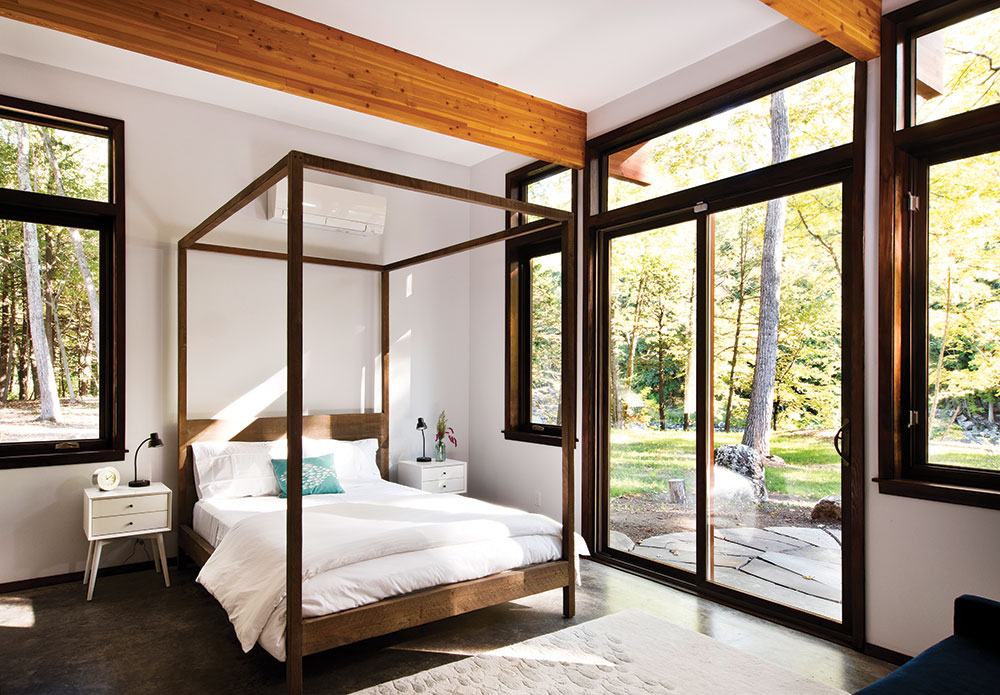 Each Atlantic Custom home starts with a Lindal plan that homeowners then personalize. Simmonds and Manley found that the Lindal Elements design collection, launched in 2010, could provide almost exactly what they wanted: a combination of modern, linear, open living with cedar used for the home’s siding, baseboards, beams, doors, and window frames. So the couple designed and customized the Lindal Elements plan Sargasso 1620.

Atlantic Custom Homes retains a list of contractors experienced in Lindal styles, so after designing the house between September and December 2014, with home delivery planned for May 2015, the couple contracted Kyle Byrne, owner of the Tannersville-based land management and construction firm Trec Management, for construction. Byrne, who is also a forestry expert, worked with Simmonds and Manley to best position the house while preserving the trees on the property. The house sits on a hill that slopes down to Catskill Creek.

Completed in September 2015, the house is a single story comprising 1,900 square feet, with its major customization being an added a storage space for skiing equipment near the front door, and a different orientation for the master bathroom. 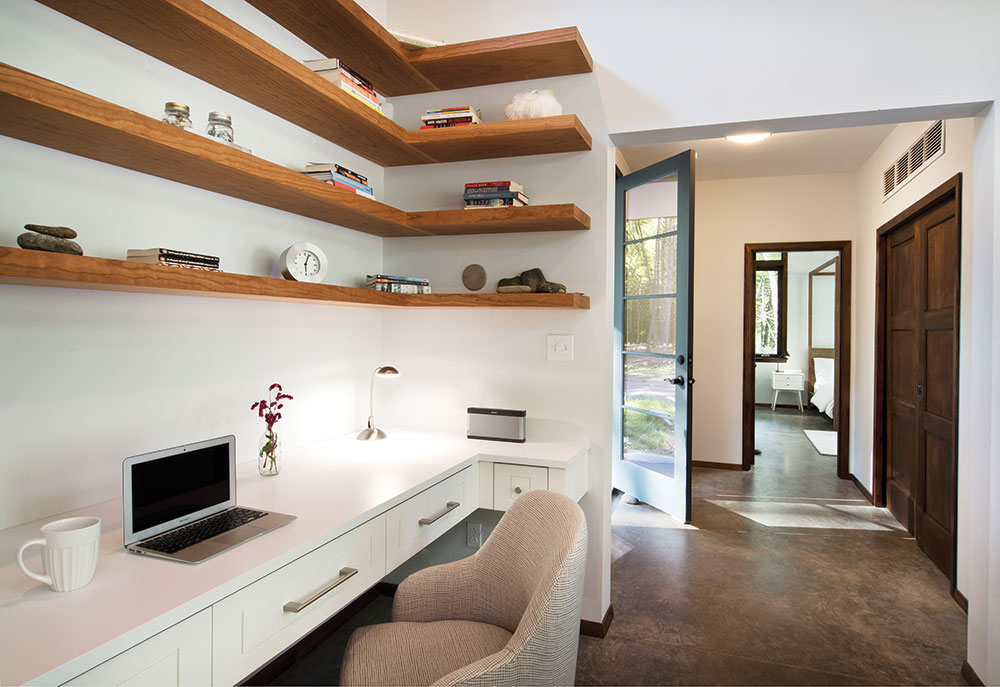 A great room with 13-foot ceilings is walled by a room-length lift-and-slide door and windows, all of which look out onto a stone patio with a hot tub. A screened porch adjacent to the great room offers further connection to nature. “It really feels like you’re outside,” says Simmonds.

The house makes for a perfect family getaway, with Simmonds and Manley’s children bunking together and bringing friends for long weekends. The house’s cedar exterior meshes well with the woodsy Catskills; inside, midcentury-modern furniture and clean walls create a sleek, contemporary look. And that’s exactly what the family was seeking, says Simmonds. The company, she explains, offers “really tastefully cool design combining that natural warmth with the modern look, and that’s what sold us.”