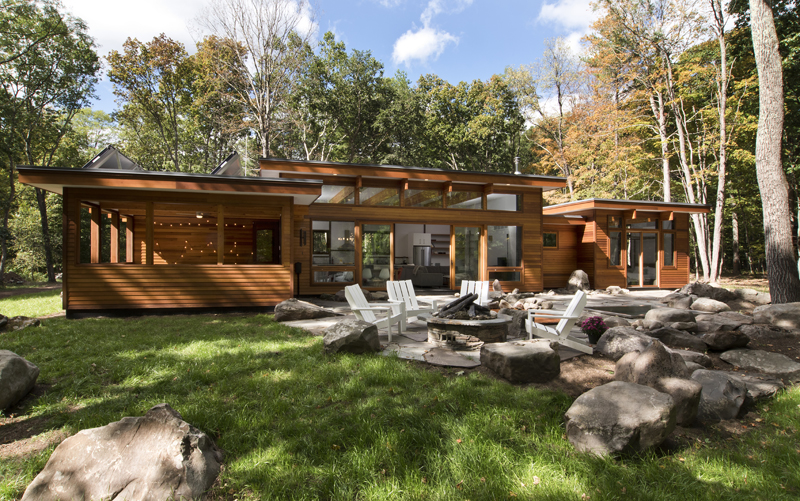 When he founded Lindal Cedar Homes in 1945, Sir Walter Lindal offered “kit” homes that customers selected from a catalogue, and which included all the plans and materials for assembly by local contractors. Everything for the structure was figured out and delivered to the house site. This concept had been done successfully by companies like Sears Roebuck as early as 1908, but not many people know that Frank Lloyd Wright carried it further to modern homes one hundred years ago with his 1917 creation American System-Built Homes, see https://www.curbed.com/2016/12/16/13984492/frank-lloyd-wright-prefab-american-system-built

Customers could choose from seven models, and plans and pre-cut materials (for quality control and to save waste) were delivered to the house site for construction. The homes were sold through local dealers, unlike Sears’ mail order homes. Wright’s methods and mission are strikingly similar to Lindal Cedar Homes’ modern designs, such as Lindal Elements and the Lindal Architects Collaborative (of which the Frank Lloyd Wright School of Architecture, Taliesin West, is a participating architect): open layouts, an “instinctive connection to the outdoors”, the use of many windows to bring the outside into every room (“Wright managed to fit 33 windows within the 805-square-foot B1 model”), and local dealers such as Atlantic Custom Homes. The systems approach ensured purity of design, quality of materials, and predictability of results for Wright as it does today for our Lindal homes.

Unfortunately for Mr. Wright’s company and prospective homeowners, American System-Built Homes ran into the economics and materials shortages of WWI, and only a handful were built (and much prized today). By contrast, Lindal has delivered over 50,000 homes worldwide in its 72 year history, using the same systems built approach to home construction.